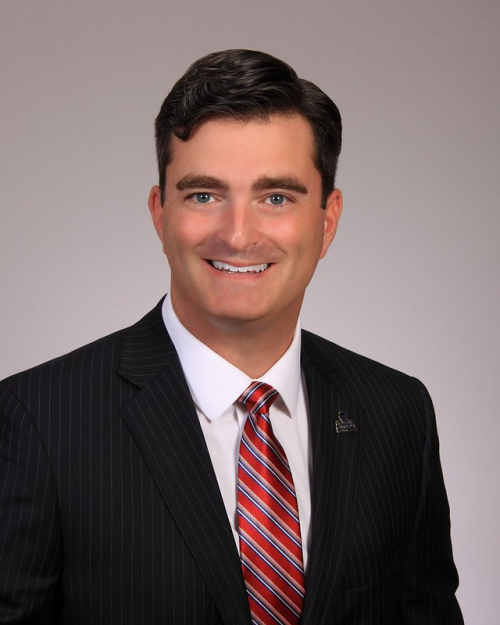 Spartanburg Community College has named Dr. Michael Mikota to the position of president, effective July 13. The Spartanburg County Commission for Technical and Community Education selected Dr. Mikota after a national search as SCC’s seventh president, replacing Henry C. Giles Jr, who will retire on June 30 after serving as president since 2012.

“Dr. Mikota was the unanimous choice of the commissioners because his background and talents align perfectly with the College’s goals,” said Mr. Sonny Anderson, chairman of the Spartanburg County Commission for Technical and Community Education. “His experience as president at Central Carolina Technical College in Sumter as well as his work in economic and workforce development will be instrumental in moving the College forward and serving our students, business/industry and communities in Spartanburg, Union and Cherokee counties.”

Dr. Mikota became Central Carolina Technical College’s eighth president in July 2017 and since then has enhanced the value of CCTC to current students, future students, and approximately 20,000 alumni who predominately live and work in the midlands of South Carolina with specific concentrations in Clarendon, Kershaw, Lee and Sumter counties. CCTC has been an engine for growth and development for this region that has provided an economic impact of over $1 billion during the past decade.

Under Mikota’s leadership, CCTC expanded offerings, constructed new campuses, advanced new strategic initiatives, improved graduation and retention rates, optimized academic and workforce development programs, enhanced marketing and branding, dedicated investments to faculty and staff, and launched the college’s first major fundraising campaign. With the development and implementation of the new Strategic Plan for 2020-2025 the college is strategically positioned to greatly impact the future and improve the quality of life for thousands of South Carolinians for many years to come.

“Spartanburg Community College is an outstanding institution of higher education, and it is both an honor and a privilege to have been selected as president. I am excited to accept this leadership role in the location where I was born and raised, and this opportunity will enable me to work to serve this growing region of South Carolina that invested in and developed me. I appreciate the vote of confidence and trust from the dedicated members of the Spartanburg County Commission for Technical and Community Education and I look forward to working with the fine faculty and staff to further enhance the strengths that Spartanburg Community College possesses to directly improve the quality of life for the citizens of Spartanburg, Cherokee, and Union counties.”

A native of Gaffney, South Carolina, Mikota holds a bachelor’s degree from Wofford College and a Master of Business Administration from Gardner-Webb University. During the late 1990s and early 2000s, he worked for Wachovia Bank in multiple capacities, working his way up to assistant vice president of business banking.

Mikota also holds a Ph.D. from Clemson University in policy studies. As a Clemson student he served as president of the graduate student body and as a National Fellow with the U.S. Government serving as a key innovator in Water Quality Trading and Wetlands Banking. As a staff member at Clemson he served as a Watershed Policy Director, an adjunct professor in the College of Engineering and Science and as a lecturer in the Master of Public Administration program.

After his tenure at Clemson University, Mikota served as an analyst and senior analyst for the U.S. Government Accountability Office in Washington, D.C., where he conducted numerous audits and assessed programs for the Comptroller General of the United States.

Prior to serving as president of CCTC, Mikota was the executive director of the Santee-Lynches Regional Council of Governments, a regional association of county and city governments in South Carolina that include Clarendon, Kershaw, Lee and Sumter counties and the corresponding cities of Manning, Camden, Bishopville and Sumter.

With experience and expertise that range across many disciplines including political economy, economics, public policy, regulatory analysis, organizational dynamics, and environmental and natural resource policy, Mikota has been widely recognized as an author, co-author, and orator of diverse scholarly and applied topics as varied as economic impact analysis, environmental economics, financial regulation, economic development, and fiscal impact analysis. In recent years, he has focused on the nexus between higher education and the economy with a specific interest in expanding student opportunity, catalyzing academic innovation, and encouraging civic engagement and service to society.

Mikota currently serves as the chairman of the South Carolina Technical College System Council of Presidents, and he is a member of the South Carolina Workforce Development Board, the South Carolina Commission on Higher Education Council of Presidents, and the Shaw-Sumter Community Council. President Mikota has previously served on a variety of economic, community, and education development boards and committees, and he is also a graduate of the Shaw Air Force Base Honorary Commander Program, the Furman Diversity Leaders Institute, and Prisma Health’s Tuomey Fellows Program.

Dr. Mikota and his wife, Camila, have two daughters, Cecilia and Penelope, and son Henry.

Go back | Show other stories | Send this page to a friend